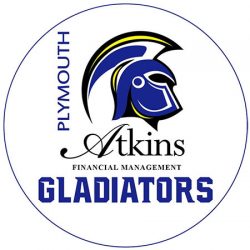 The Gladiators went down to a 50-40 defeat against The Leicester Lions. New signing Richard Lawson led the way for The Gladiators with 16 points, backed by Jason Crump with 9. Dillon Ruml chipped in with 7 (paid 9) whilst Josh Pickering, in for Bjarne Pedersen who was absent will illness, scored 7 paid 8. […]

Plymouth Atkins Financial Management Gladiators have made a change to their line up by bringing in exciting British star, Richard Lawson.  Lawson, who will replace Jason Edwards, became available after his previous club, Eastbourne Eagles, announced that they were withdrawing from Championship racing earlier this week and Gladiators’ promoter, Mark Phillips quickly swooped to bring […]

As you will know by now the 90th Anniversary meeting will be staged on the 7th September 2021 which also coincides with the Plymouth Speedway Golf Day being held at the China Fleet Club with 9 teams of 4 players looking for glory and an auction for those who are playing, all golf players are […]

The Plymouth Gladiators delivered another home victory at The Coliseum, with a last heat decider to secure a 47-42 win against The Birmingham Brummies. The Brummies had established a 5 point lead after heat 9, before The Gladiators rallied to bring the score back to 38-39 after heat 13. Alfie Bowtell & Zane Keleher delivered […]

Gladiators back to winning ways

After recent defeats on the road, The Plymouth Gladiators returned to winning ways with a 10 point victory over the Scunthorpe Scorpions. The meeting was abandoned after heat 14 due to the curfew. Alfie Bowtell top scored for the Gladiators, whilst new British Champion Adam Ellis was forced to withdraw following a Heat one crash. […]

We use cookies to ensure that we give you the best experience on our website. If you continue to use this site we will assume that you are happy with it.OkNo